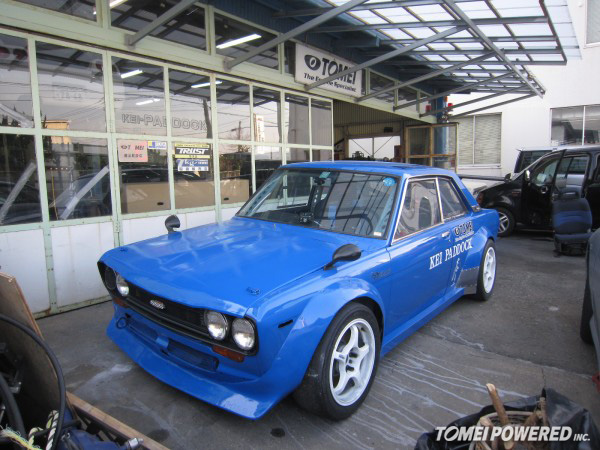 This special 510 is the demo car of KEI PADDOCK tuning shop in Fukuoka Japan. Kei Paddock specialises in performance engine builds, tuning and building Nissan cars. They are a big fan of Tomei products too.

This crazy 2 door 510 Bluebird is running a lot of Tomei products. Mainly because it’s not your average run of the mill 510, it has been built as a N2 spec race car. 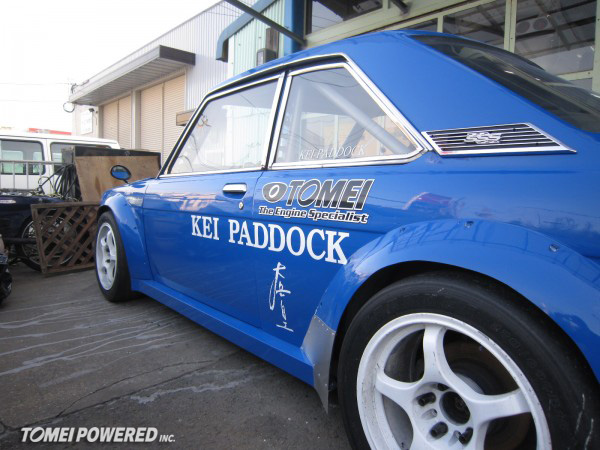 Older cars in Japan, such as this Datsun, are rare and pricey. The typical Japanese old car enthusiasts generally love to keep everything close to original if possible. Or they try to keep the retro tuning style when they modify their cars. So even though this style may be normal in other countries, here in Japan, it’s not so common. 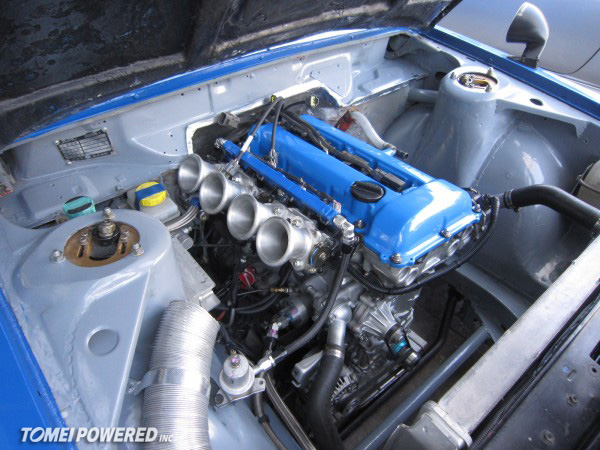 This car has an SR20 engine swap, with a lot of components from a Silvia. Powered by an SR20DE engine, fitted with a TOMEI 2.2L SR22 NA KIT, running on quad. individual throttle bodies, custom-made to order spec 312° degress solid PROCAMS as well!. All managed by a Tomei REYTEC ECU. 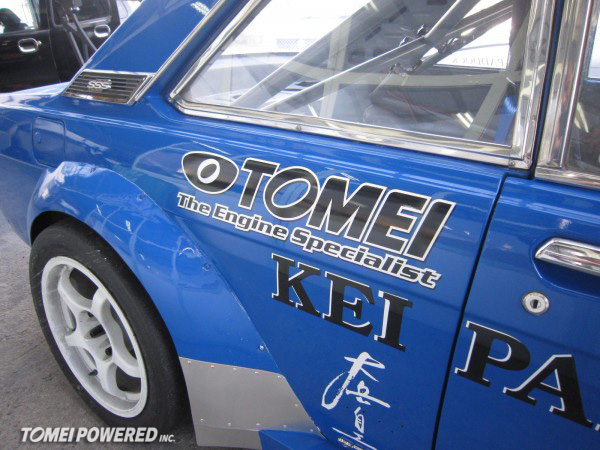 The gearbox has been sourced from an S15, the 6speed manual is fitted to this car. Also since the stock differential is small, without the LSD option, an R200 rear end was fitted. This larger unit will be able to handle more abuse as well as having the LSD option. 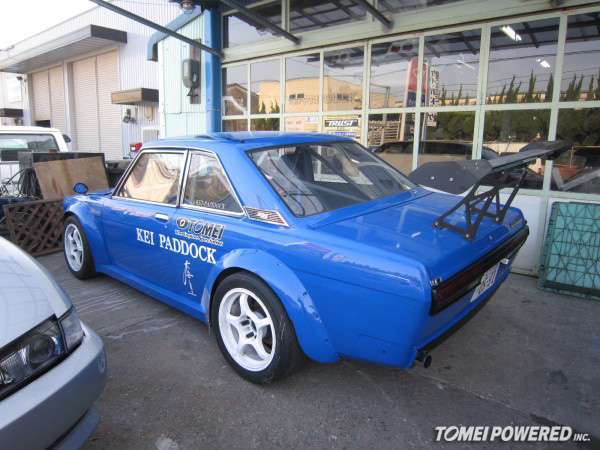 The shops owner will be racing this car at the nearest Autopolis circuit. So expect to see more of this car in the near future!