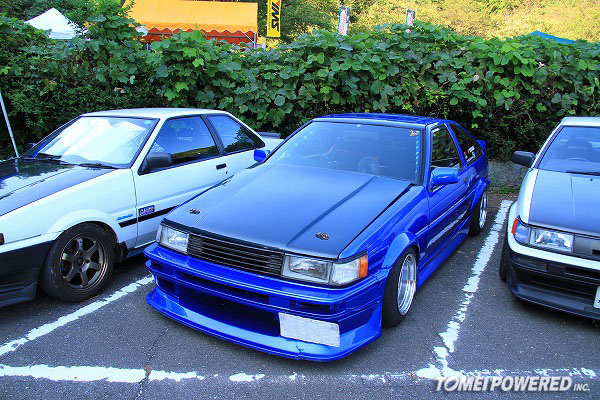 The final part of this years 2011 HachiRock Festa! 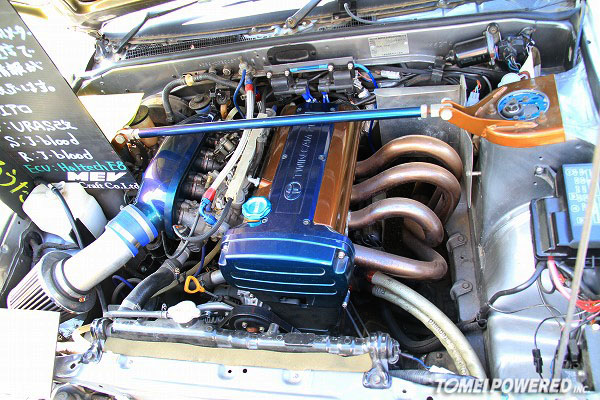 Another one of the many 20V swap conversions, check out those headers! 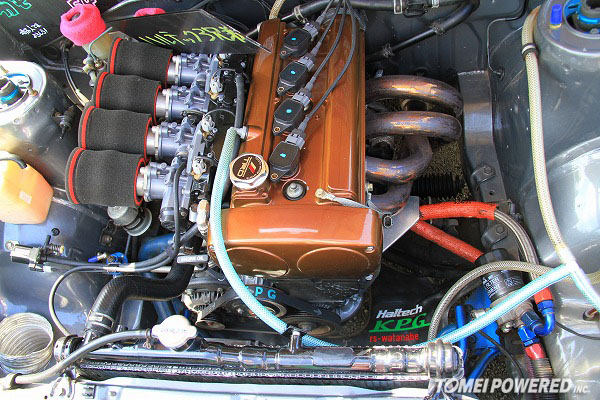 This AE86 is running a Haltech EMS as well. A very tidy engine bay too. 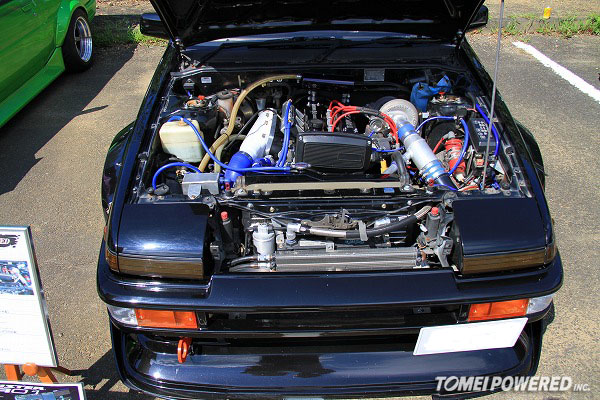 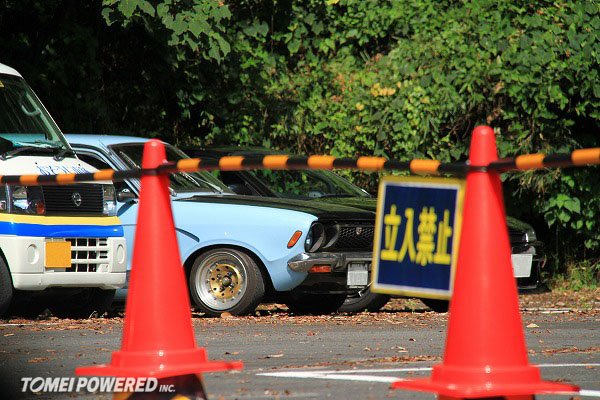 Keep a keen eye out and you’ll spot other classics as well. 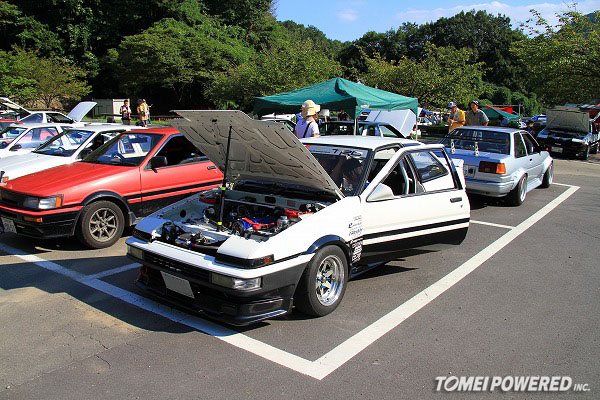 More and more clean rides are everywhere. I’ve never seen so many white AE86 cars in the one day. 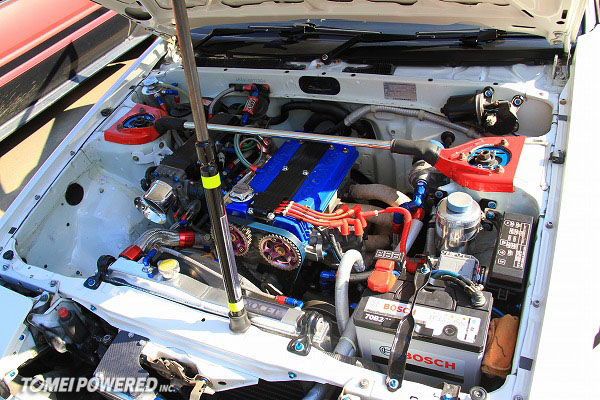 The 16valve engine is still the most popular in Japan for those who are focused on tuning the engine for more performance gains. 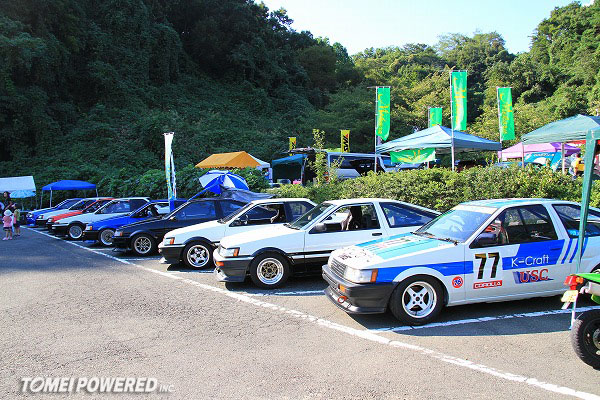 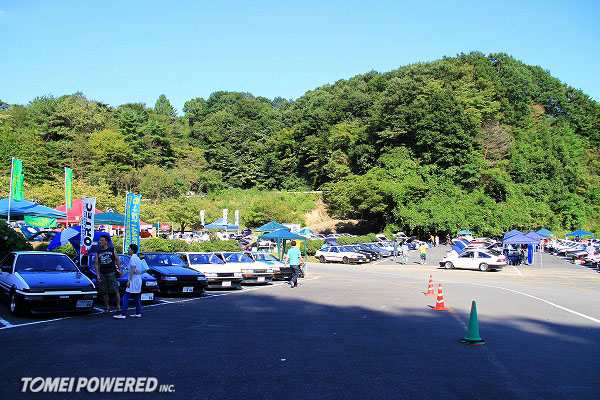 It was impossible to get a shot of the entire turnout, 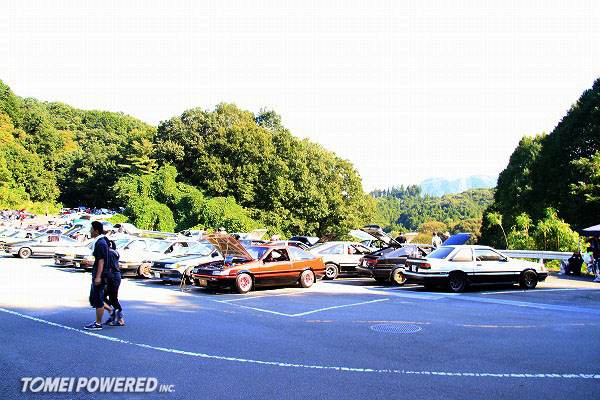 it was that big, 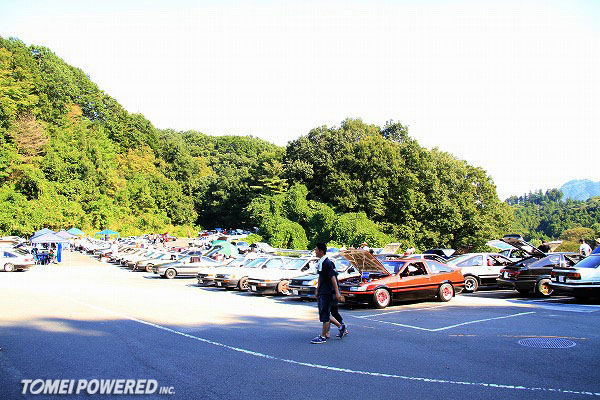 they had spread to every part of this large parking area. 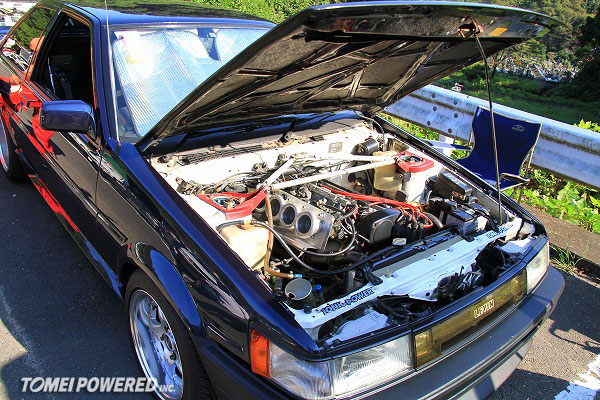 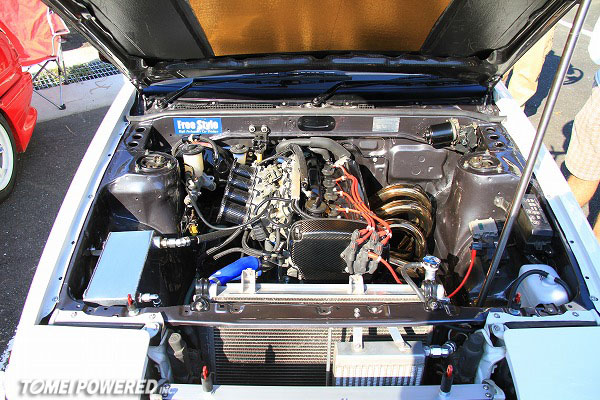 This ride was sporting some super sexy carbon bits. I want those Funnels! 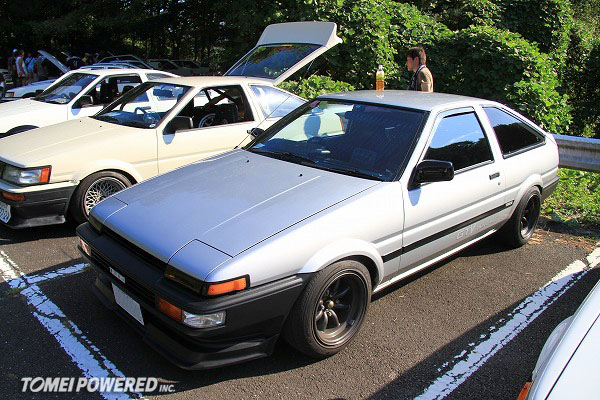 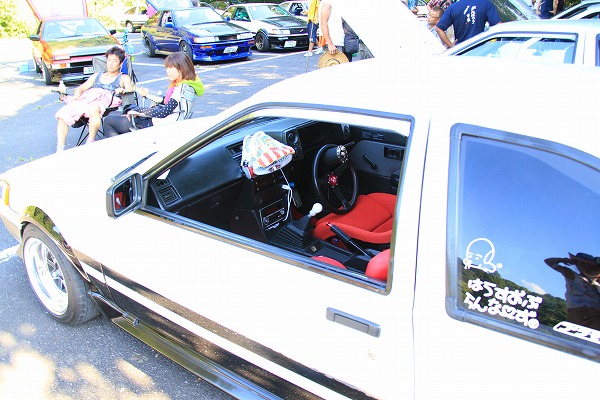 Since Japan’s summer can get pretty hot and humid, it’s not too uncommon to see little electical snap on fans mounted on the dash or on the roll cage. Since most have remove their air conditioning setup. 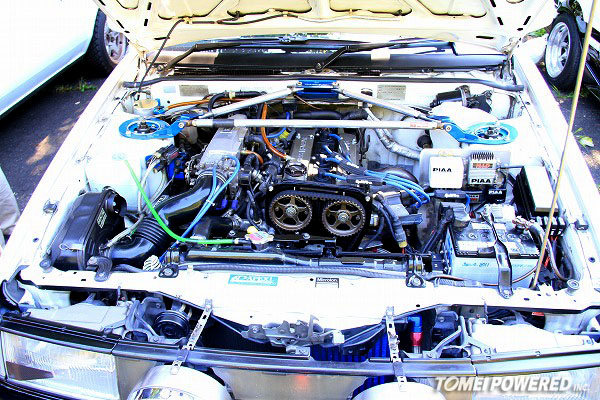 It’s so rare to see the stock intake manifold AND airbox together in Japan. This owner loves his PIAA products too. 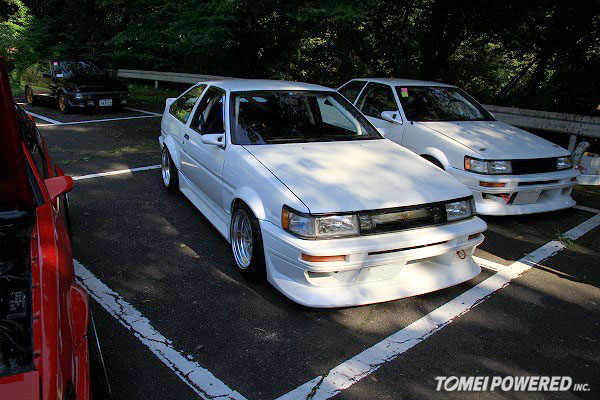 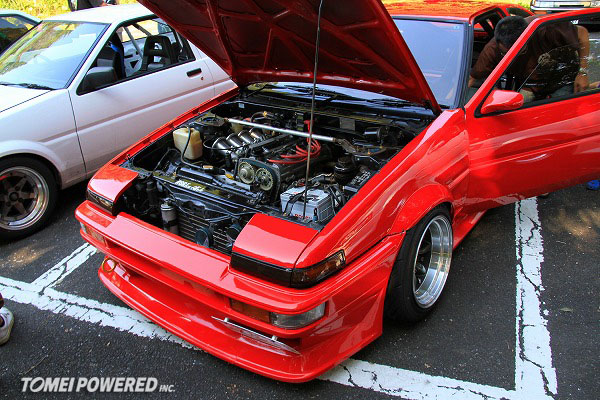 My favorite wheel fitment for the day was this Red Trueno. 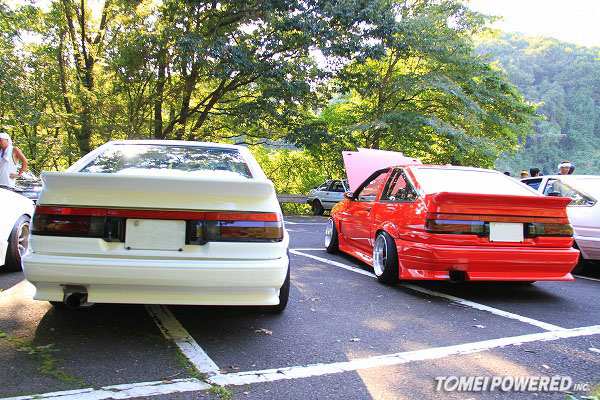 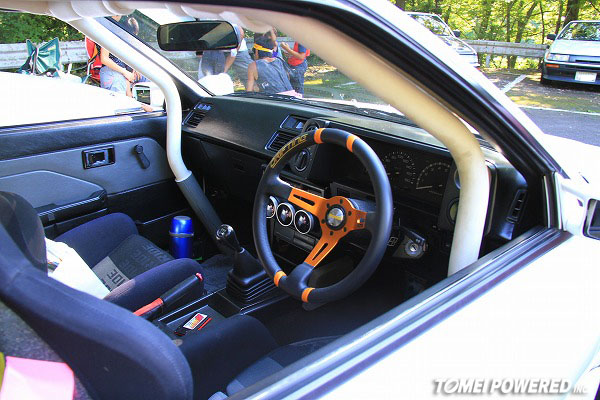 Nice seeing many owners taking good care of their 86 pride. Look how clean this interior is. No cracked or sagging dash (commonly found in hotter countries like Australia). 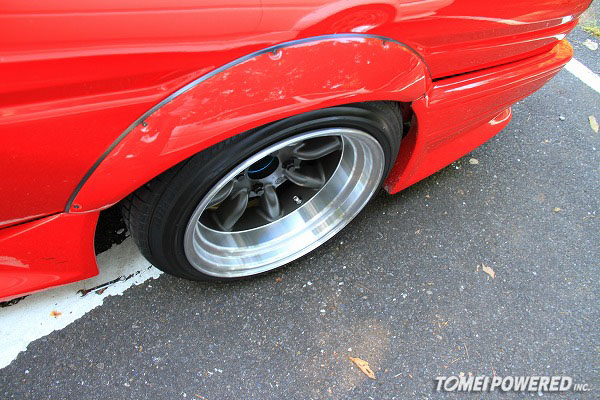 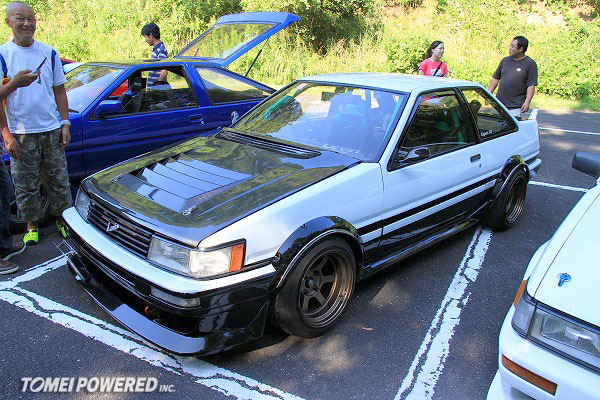 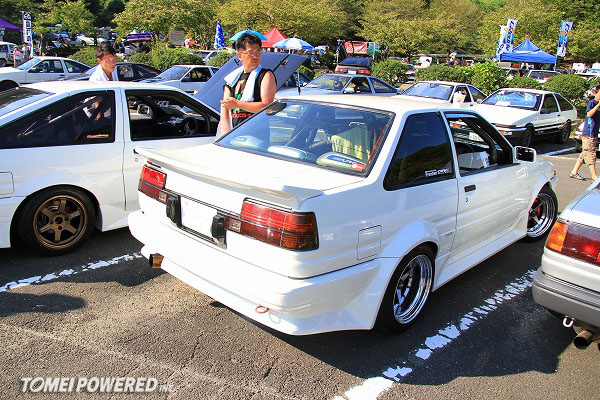 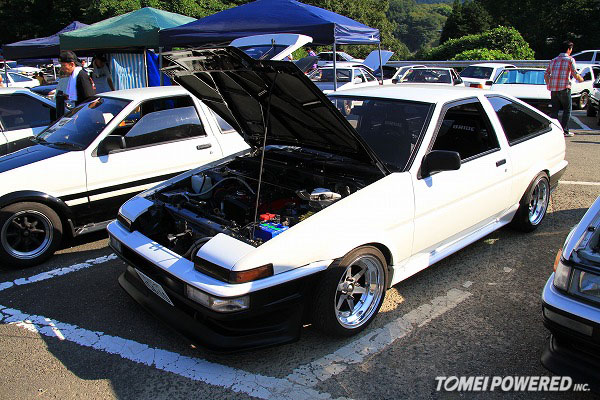 Did I mention that white is the most popular? 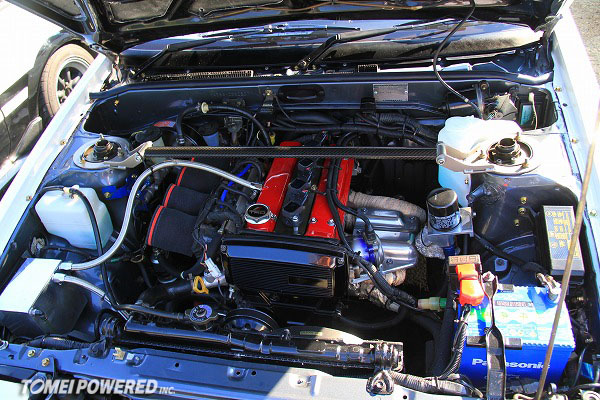 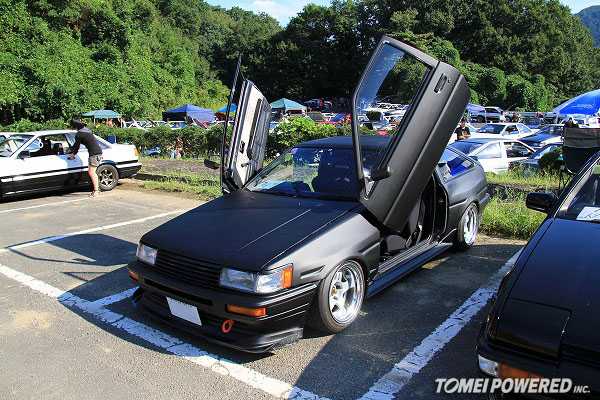 Getting the Lambo effect. 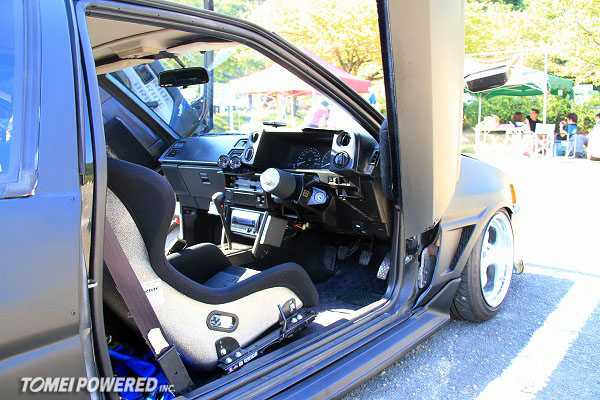 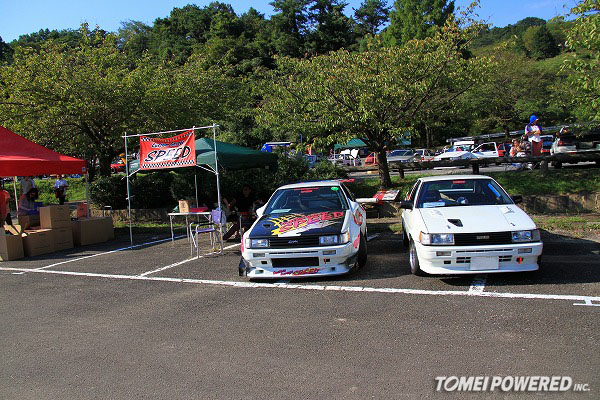 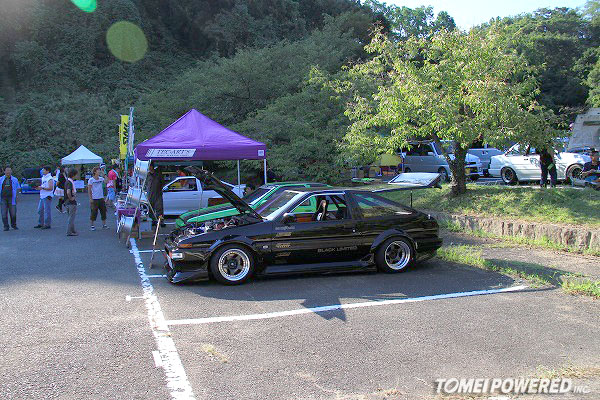 Tec Arts had a booth at the event with other shops. But they also had this hot Black Limited Trueno on display too. No where near original. 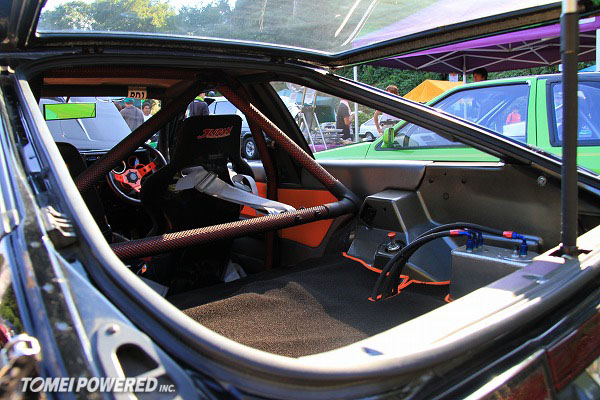 An interesting colour combination of black and orange on the inside.