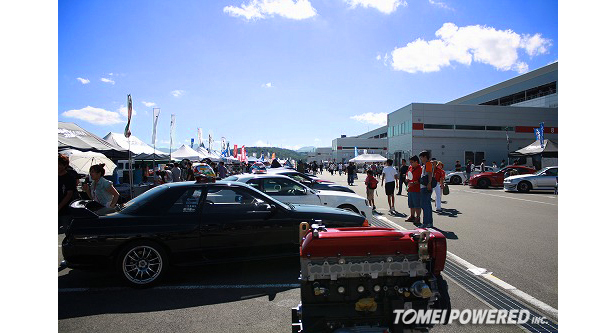 Last Sunday was the largest GTR meeting in Japan. Our staff was there on the day as we had our booth at the event. Here’s the report so you can see what was on show at the event.

The event was almost cancelled due to another Typhoon aproaching Japan. The weather warnings of heavy rain and possible floodings was announced in a nearby city, Gotemba.

Come Sunday, the weather was ok! The weather at Mount Fuji is well known to be unpredictable and can change at anytime (wait, that sounds like my wife!). Our guys had to unload and setup from 7am. The gates opened to the public at 8am.
So as you can imagine, it was a mad rush for everyone to setup.

We had our booth showcasing our ADVANCE SPEC Complete Engine, the new ARMS turbos, exhaust manifolds, outlets and the 3.9 Final Drive Gears. For the R35 owners, we had our oversized valves on display and information on new upcoming R35 products. 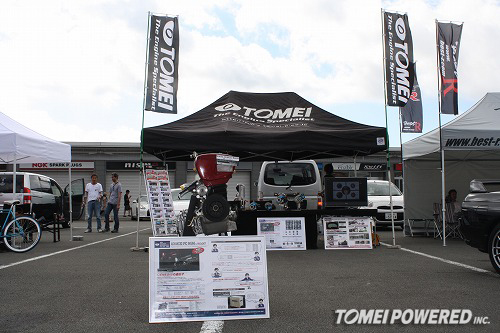 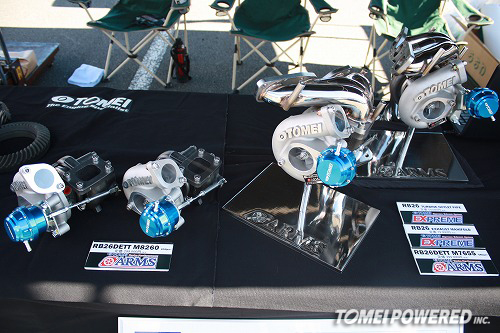 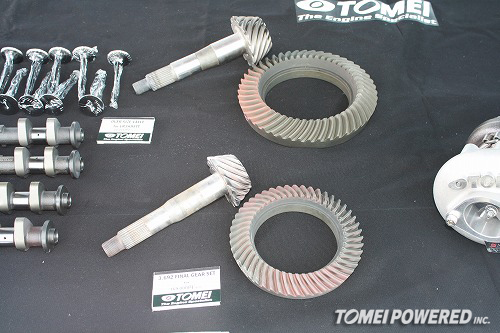 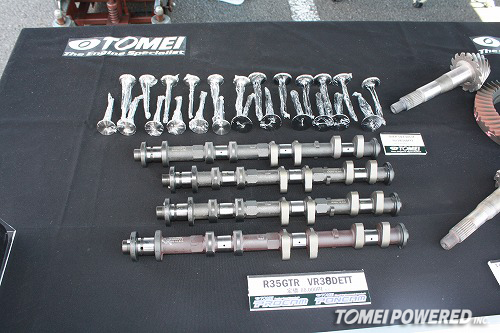 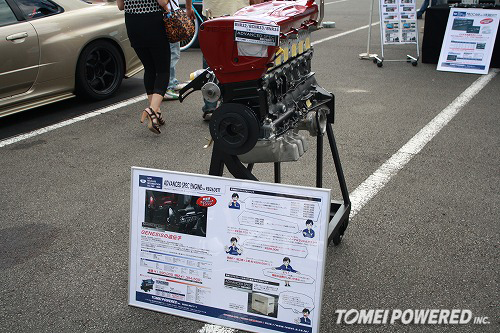 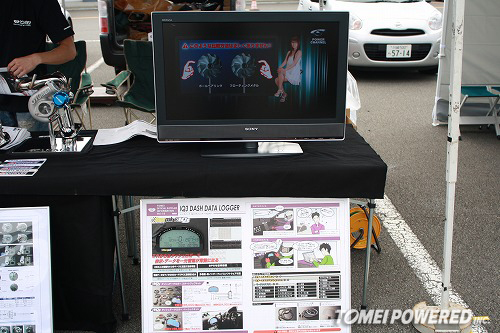 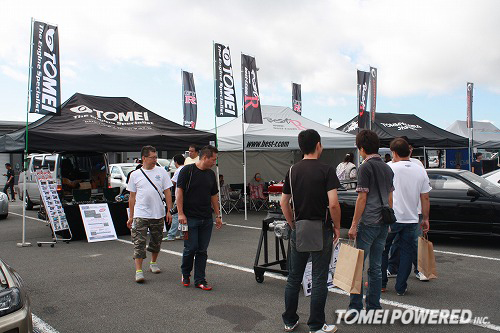 Instead of a demo car, we had our complete engine on display out the front of our booth, which attracted attention of visitors all day. 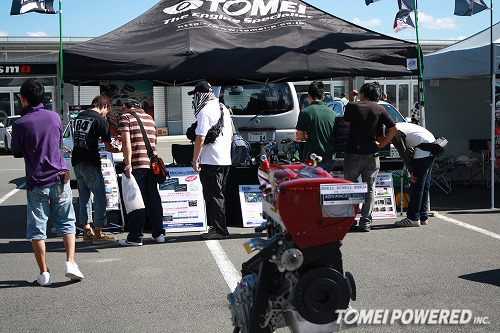 This event had attracted a lot of GTR owners nation wide. GTR owners and fans got to see many famous GTR tuned cars, race cars and the chance to speak to all tuners and manufacturers directly on the same day. 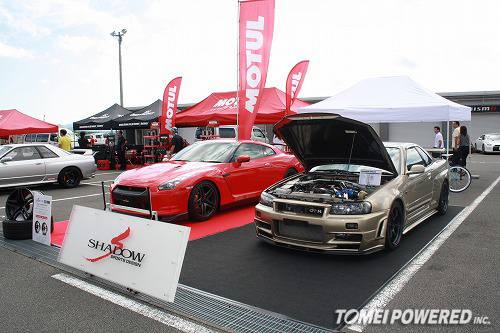 The Demo car from Shadow was on display, this BNR34 GTR is using our ARMS turbos! 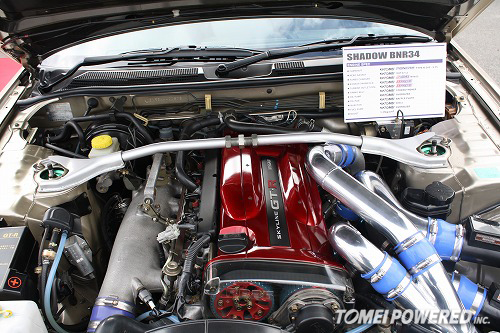 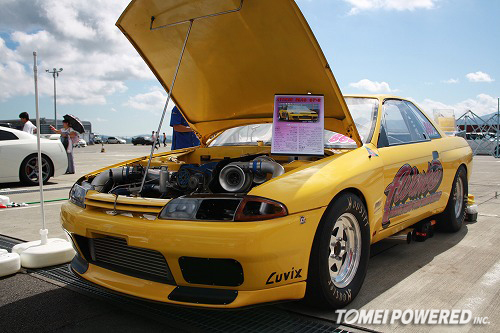 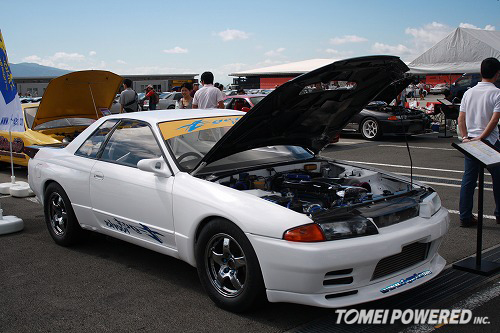 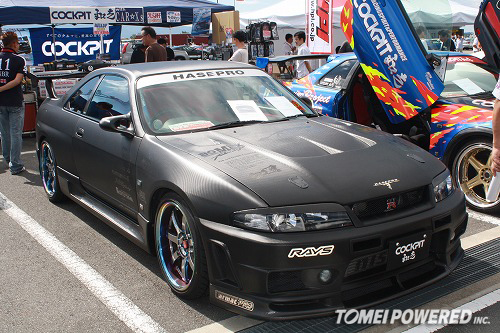 This BCNR33 GTR is powered with a TOMEI Complete Engine as well. 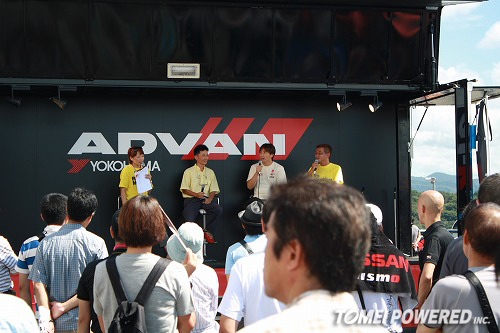 On the main stage, there were many guests making guest appearances, including some famous GT Drivers. 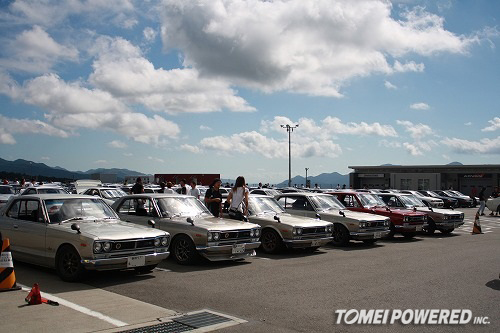 The car parks were obviously jam packed with GTR’s, the old classics, Hakosukas. 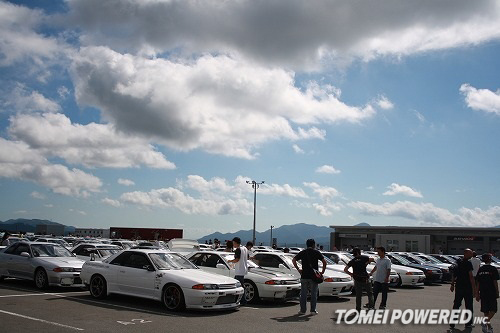 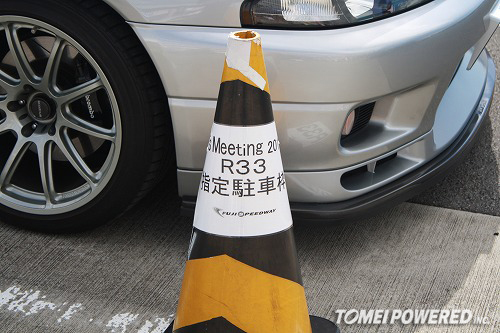 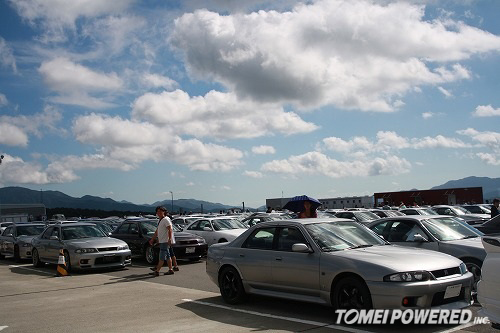 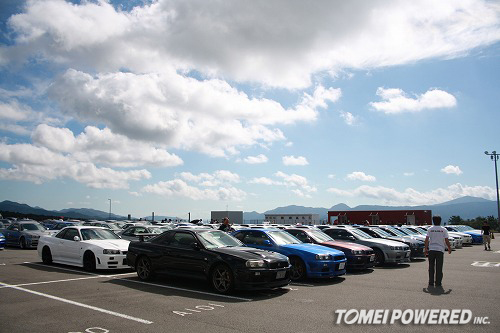 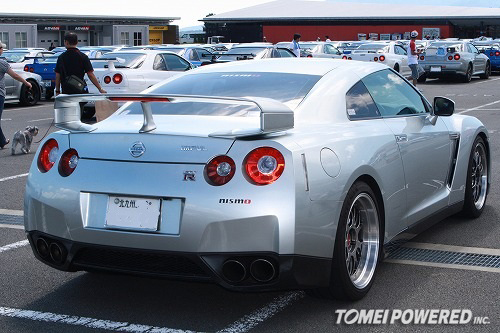 The R35 group were there too, a larger turnout than last year. This one came all the way from Kyushu (the far west)!.

Well not far by the US, Australian and Russian standards, but still…. 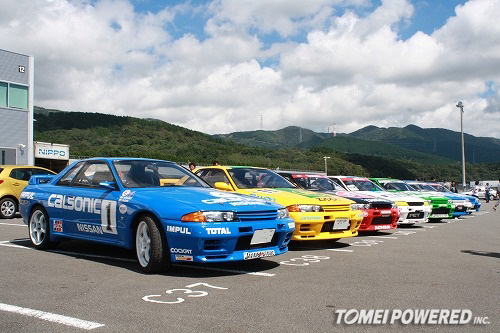 The Group A replicas! Cool or what? 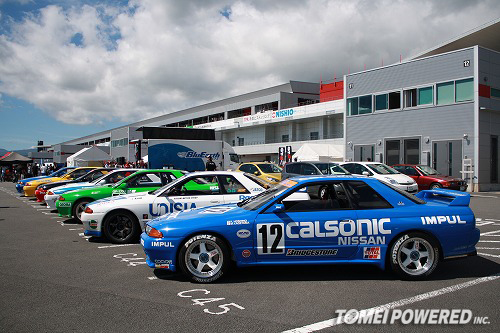 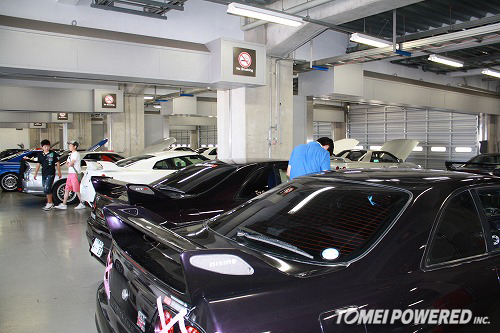 These cars are waiting in the pits for their track time.

The exact turnout numbers are not yet known, but it would have been more than 5000 for sure. So events like these clearly shows that the RB26 and GTR tuning scene is still very much alive and well. You can see the matured tuners who have been playing and messing with their GTR’s for years, and you can also see the new proud owners who are just fresh in the scene and eager to get their hands dirty!
Even though this engine has been around for more than 2 decades, (ok, now I’m starting to feel old!) this engine is still very popular to use and tune.

Thank you to all of those who visited our TOMEI Booth. See you again soon!
GTR Meeting