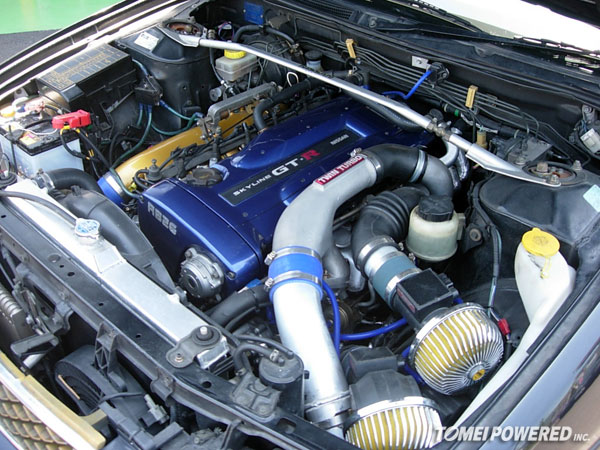 I can recommend TOMEI made engine parts with a peace of mind since I have been using camshafts and piston parts from the drag racing days. This time, our customer that has been driving his C35 since new had overheated his engine, and was going to work on overhauling the engine. He was interested in the RB25, so I examined a menu to make use to the maximum. We decided to build a reliable engine with a mind that the customer will drive his car for a long time. Proposed was the RB28 kit made by TOMEI POWERED. It seems like a full build from RB25 to 28 with a pursuit of speed, but the customer is mainly using the car for commuting. So it is so-called high speed commuting specifications. In actuality, the impression of the customer is that the feeling of the inline 6 is even better, and there is depth in torque so the rpm will rise smoothly with just slightly touching the throttle, and also was impressed with the powerful acceleration. 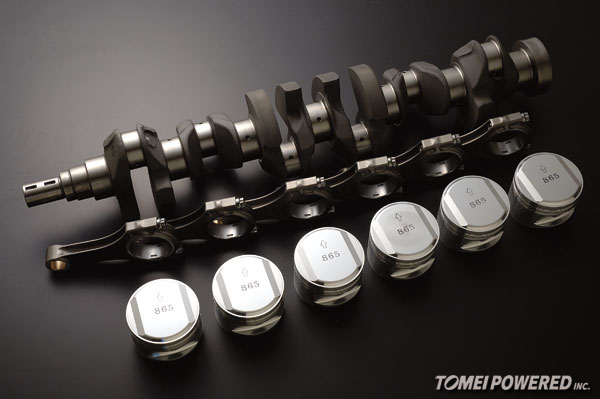 It seems that the everyday commuting became more comfortable. Such way of enjoying is great too. Hope is even more hyped, and right now stock turbo is used but I have a request for changing out the turbo soon, so that the high speed commuting specification should accelerate even more faster. There might be an image of a terrible engine when you hear of RB28, but with the increase in displacement, the handling of rpm level for city driving becomes more manageable. So we can really recommend to customers that do not rev to higher rpm as well. 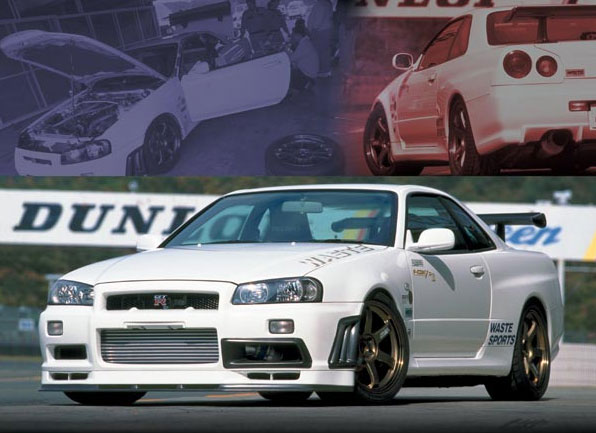