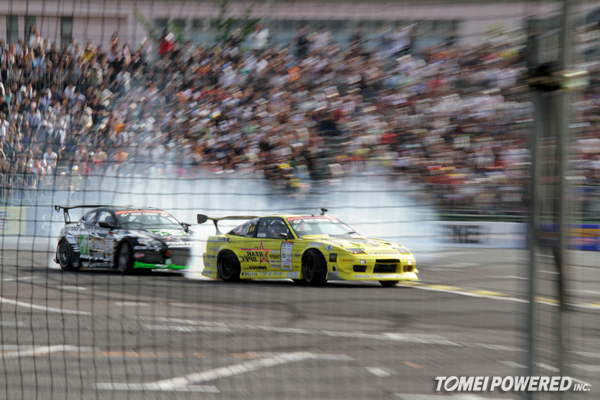 To continue on from the last D1GP event, we will post a few more updates with shots on a few more cars that are running in D1GP. This time, it’s Koguchi-san’s 180SX! 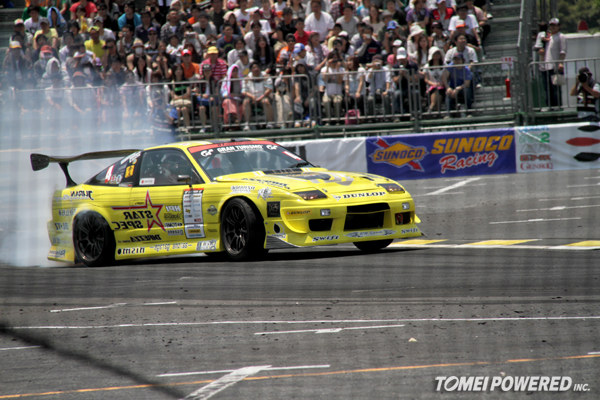 Koguchi-san had purchased a SR20 GENESIS motor from Tomei, and has been running in this car for a while now. 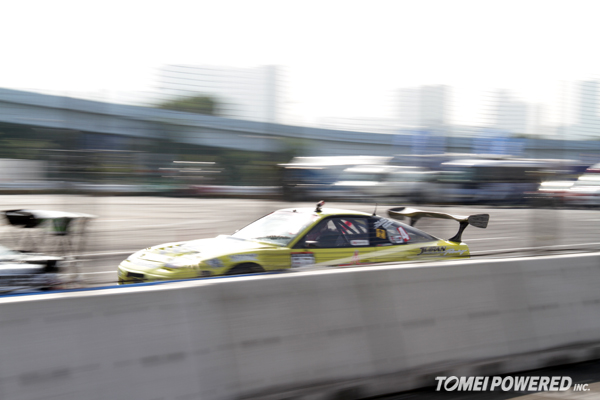 This year will be the 4th year that he has been using this engine. So now in the 4th season, 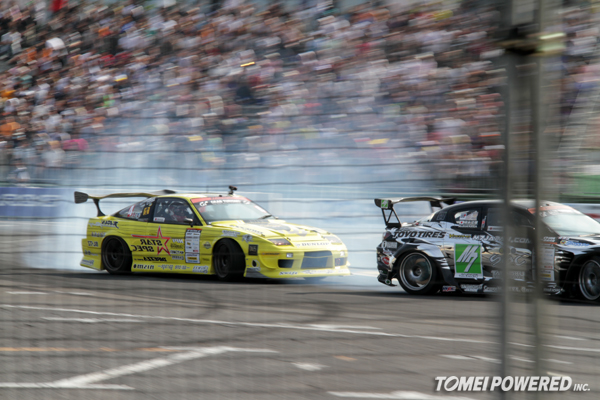 our GENESIS is still going strong! Hasn’t let him down yet! 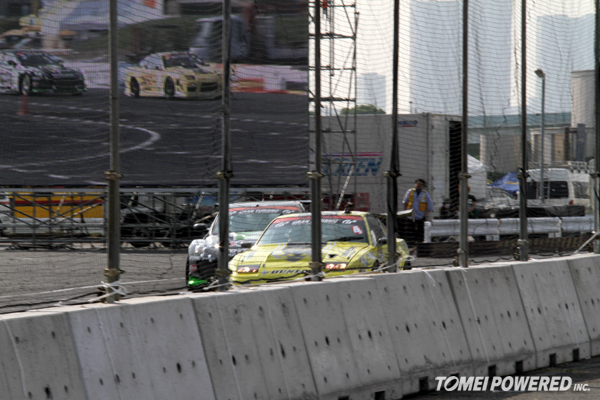 rivals were trying hard to keep up with his speed over the weekend, 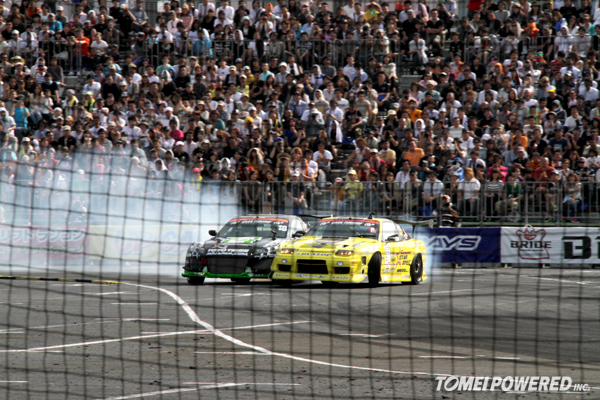 which made it hard for judges to decide on wins at times. 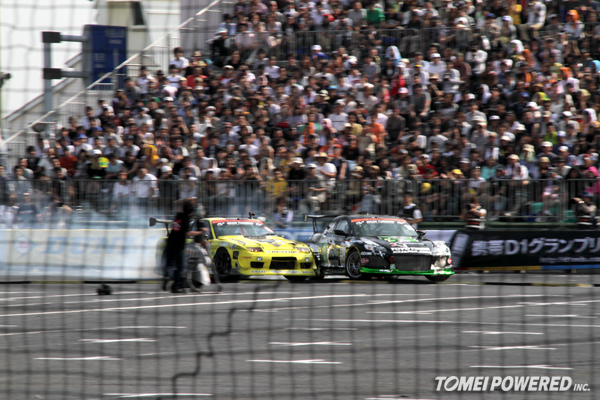 With Koguchi’s speed, available power and skill, he was consistently up by the door of the leading car. 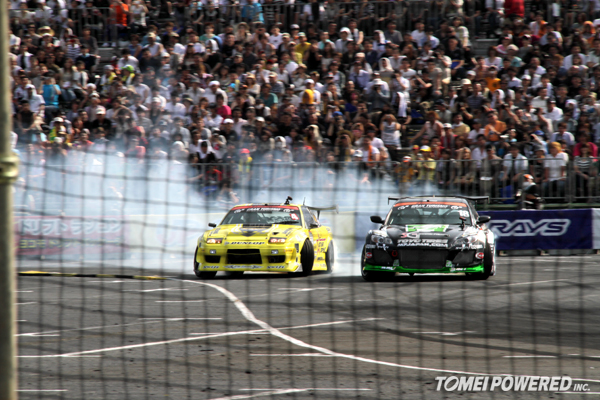 Such a crowd pleaser. We do keep checking with him as well as others with out complete engines. Since we have each engine builds details logged, we know how our engines hold up over time. 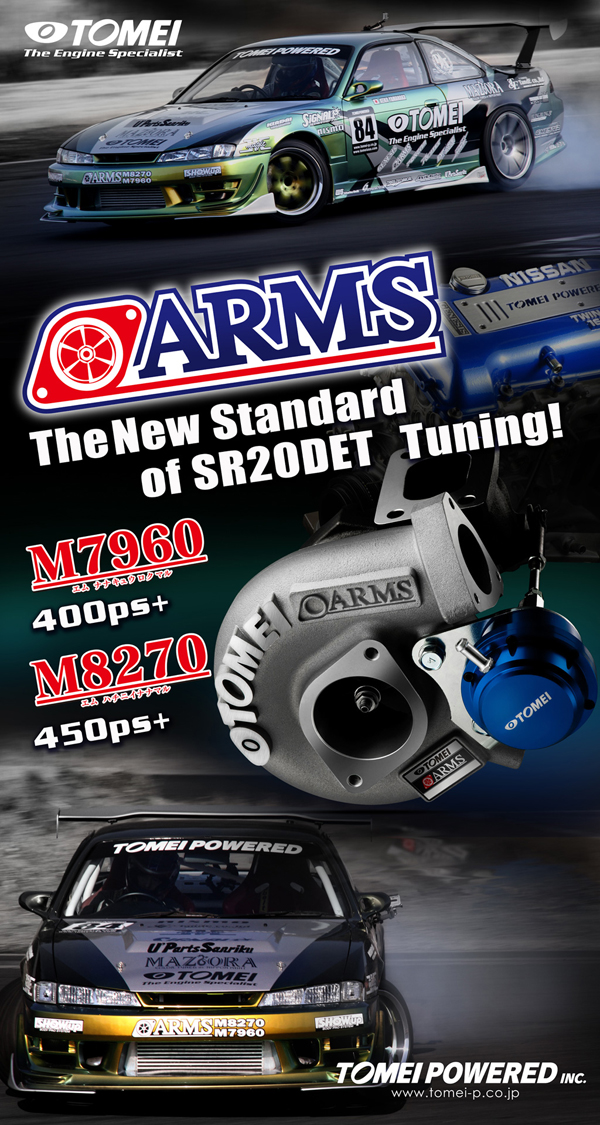